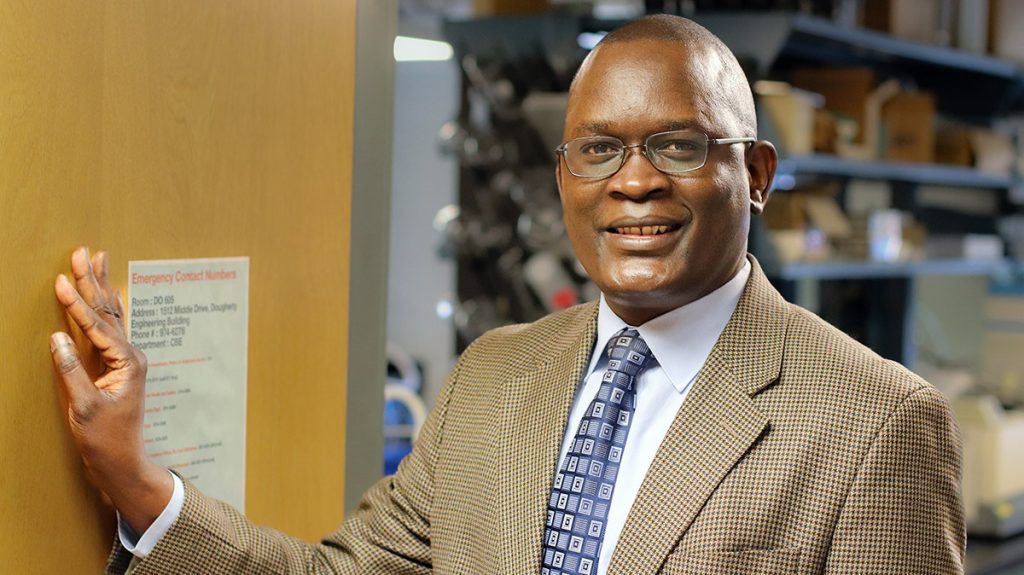 Solvents, without exaggeration, help make many of the amenities of the modern world possible. From medicine to laundry, from perfume to plastic, solvents touch upon an amazing variety of things.

Improving them, in turn, can also improve the production of those same things, lowering costs, increasing accessibility, and reducing their environmental impact.

A relatively new field of such materials known as deep eutectic solvents (DES) hold particular interest to researchers because of their promise across a number of areas, having first been described and named in 2004.

“Deep eutectic solvents, in general, are nontoxic, more cost effective to use and produce, and are less flammable than traditional solvents,” said CBE Associate Head for Diversity, Equity, and Inclusion and Associate Professor Joshua Sangoro, who leads a team working on exploring new DES materials. “But, to better understand them, we need to first gain insight to how their properties are impacted by changes in their structure.”

The research was selected for publication by Nature Communications, one of the top peer-reviewed, science-based journals in the world.

The team first set out to gain a fundamental understanding of the relationship between structures and properties, which then allowed them to set about trying to tune materials to achieve user-desired solvents for precise uses.

Specifically, the team looked at glyceline and ethaline to see how the addition of choline chloride changes each, at the smallest levels and during unfathomably short amounts of time.

“Some of the work involved timespans of picoseconds and lengths at a molecular level,” said Sangoro. “But it can have profound effects on energy production and conversion, sensors, medicine, and biomass processing, among others.”

Sangoro said that one of the key goals of the project was to better understand how the local structure and dynamics determine overall properties like the viscosity of DESs, something that isn’t well understood at the moment but an issue slowing their adoption and adaptation. Additionally, the team hoped to gain a clearer picture of how such properties change with temperature, particularly how they melt.

Through their work, the team was able to show that a correlation existed between how they tuned each substance and what that final product became.

Highlighting the importance and scope of the project, the team includes additional researchers from CBE, the Department of Materials Science and Engineering, and the Department of Chemistry at UT, Knoxville; the University of Notre Dame; New York University; Case Western University Oak; Ridge National Laboratory; UT Southern; Hunter College; the National Institute of Standards and Technology; Beihang University; and NYU Shanghai.