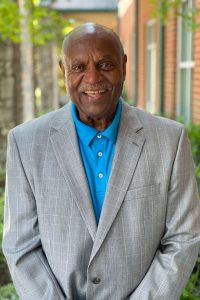 For more than 55 years, Harold T. Conner Jr. had a successful career in the nuclear energy enterprise. But when it comes to retirement, he jokes, he has failed.

In 1968, Conner was the first African American student to earn a bachelor’s degree in chemical engineering from UT Knoxville. He went on to work at US Department of Energy sites across the country. Now, at 76, Conner is a consultant with United Cleanup Oak Ridge LLC, a firm involved in deactivation and decommissioning of nuclear facilities, and Strata G, an Oak Ridge firm that supports DOE projects nationwide. In addition to other assignments, he develops partnerships in higher education, including at historically black colleges and universities, to recruit interns and future employees while advising on matters of equity, diversity, and inclusion.

“I’m one of these lifelong learners who gets excited about new opportunities,” he said. “If you’re busy, you don’t have a chance to let the cobwebs come in.”

Conner was born in Fulton, Kentucky, and raised in Martin, Tennessee, by parents who were both educators. His mother encouraged academic success, but it was his father, Rev. Harold Conner Sr., who encouraged him to pursue engineering.

In 1963, Conner became the first African American engineering co-op student at UT Martin. He spent half of the year studying on campus and the other half working at the Oak Ridge K-25 site. In 1966, he transferred to UT Knoxville to complete his bachelor’s degree.

At times, Conner admits, it was difficult being the only African American student in his classes. There were times when he was called names and pelted with rocks.

“I knew I’d have my struggles, and I didn’t dwell on that,” he said. “I’m not the guy who sits in the corner and says, ‘They’re doing this to me.’ I didn’t carry around baggage about things I couldn’t totally control.”

During his career, Conner worked in all facets of nuclear energy. He was deputy director and vice president of environmental management and enrichment facilities at Lockheed Martin gaseous diffusion plants in Oak Ridge; Paducah, Kentucky; and Portsmouth, Ohio. He was manager of the K-25 site, chief operations officer at Idaho National Laboratory, director of enriched uranium operations at the Y-12 Plant in Oak Ridge, chief operations officer at the Savannah River site in South Carolina, associate director at Lawrence Livermore National Laboratory in California, and nuclear services and engineering manager and senior advisor to the president of UCOR.

He serves on boards of UT Alumni, the Tickle College of Engineering, the Great Smoky Mountains alumni chapter of Tau Beta Pi, and the Oak Ridge American Museum of Science and Energy Foundation (which has named a room at the museum in his honor). He’s a fellow of both the American Society for Engineering Management and the American Institute of Chemical Engineers, and his professional recognition includes the 2005 Secretary of Energy Award of Achievement, the 2014 UT Professional Achievement Award, the 2019 East Tennessee Economic Council’s Muddy Boot Award, and the 2019 Beta Theta Boule Fatherhood Excellence Award. He was recently honored with the AIChE’s prestigious 2022 Management Division Award for substantial contribution to the management and leadership of chemical engineers.

When Conner coaches students or young professionals in good business practices, he leaves them a key piece of advice: “I tell students thank you are the two most powerful words in the English language.”

In those rare moments when he’s not working, Conner enjoys playing golf, working in his yard, watching UT sports, and traveling. He and his wife, Joyce, live in Knoxville. They have two adult sons and five grandchildren.