Below are some of our recent highlighted award winners which include several UT Torchbearers, a Rhodes Scholars, and several other international and national level awards. Check out a list of our more recent award winners.

Torchbearer is the highest honor the university gives to its students. Recognition as a Torchbearer reminds us all that those who bear the Torch of Enlightenment shadow themselves to give light to others. Several CBE students have been named Torchbearers. 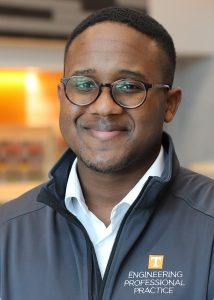 Tasimba Jonga, of Brentwood, Tennessee, studies chemical engineering and economics. As an immigrant from southern Africa, Jonga was unfamiliar with UT but had heard how selfless the Volunteer community is. On campus, he became involved with the Tickle College of Engineering’s Office of Engineering Professional Practice while searching for internship and co-op opportunities. He became an ambassador for the office to help ensure that fellow students, particularly minority and underrepresented students of color, are aware of job possibilities in the STEM field. He also became a student leader for the Professional Sales Forum in the Haslam College of Business, helping grow the program to create more opportunities for students interested in sales. Jonga founded VFL Ventures, a student-led venture capital/accelerator that invests in and supports UT entrepreneurs and educates students interested in private equity and venture capital. He will pursue a master’s program in management science and engineering at Stanford University in the fall. 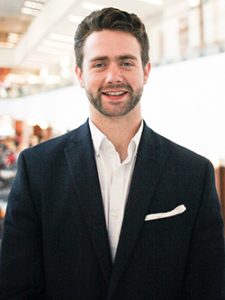 Nicholas Ross, of Johnson City, Tennessee, is a Chancellor’s Honors student. Ross served as a student coordinator for both the Ignite Program and the VOLbreaks Program with the Jones Center for Leadership and Service. He was also president of Delta Tau Delta, an ambassador for the Office of Engineering Professional Practice, and founder and president of Knoxville Elementary Outreach. A National Academy of Engineering Grand Challenge Scholar, Ross has extensive undergraduate research experience, including internships at Oak Ridge National Laboratory, the US Senate HELP Committee, and Imara Microfinance in Nakuru, Kenya. He plans on pursuing a master’s degree in environmental engineering from Stanford after graduation. 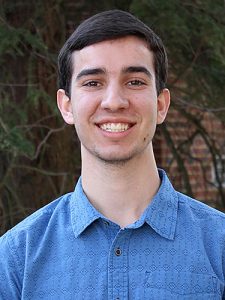 Chase Toth is a Chancellor’s Honors Program student. As a student coordinator for the VOLbreaks Program, he has led groups of his peers on trips to engage in hands-on, direct service while exploring the root causes of homelessness and poverty, along with sustainability practices. He also served as an Ignite team leader and student director, and a member of the Leadership Knoxville Scholars program.

He and the other six students learned of their selection through a surprise visit by the chancellor or a member of his cabinet. 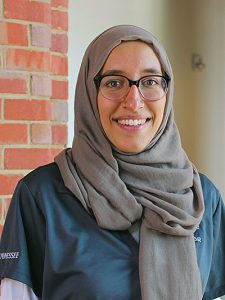 Amany Alshibli, a CBE senior from Knoxville, is a Haslam Scholar, a Grand Challenge Scholar, a research assistant, and an Engineering Ambassador. When Alshibli, an aspiring medical student, couldn’t find specific research experience in cardiac regenerative medicine on campus, she traveled to Scotland to work on a project.

Even with a demanding major, Alshibli has found time to tutor students and assist with science programs at Pond Gap Elementary School, launch the Einstein Science Club at Annoor Academy, organize TEDxUTK conferences, and serve as vice president of the Muslim Student Association.

CBE’s Akshitha Yarrabothula is a Haslam Scholar, Chancellor’s Scholar, and Baker Scholar. Her dedication to research earned her a position as an undergraduate research assistant conducting graduate-level research. Her accolades include selection as the engineering first place divisional winner of the 2011 EUReCA competition and as UT’s representative for the first SEC Symposium.

She has helped others through volunteering with the Boys and Girls Club of Greater Knoxville and in the emergency room at Fort Sanders Regional Medical Center, among other organizations. Yarrabothula has led campus groups such as the Delta Phi Omega Sorority and the Society of Women Engineers. 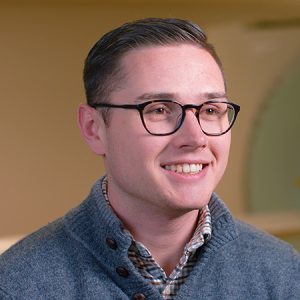 Grant Rigney is a senior majoring in chemical and biomolecular engineering. As a Rhodes Scholar, he will begin all-expenses-paid studies at the University of Oxford in England next fall. He plans to pursue two master’s degrees—one in global health science and epidemiology and one in evidence-based social intervention and policy evaluation.

Rigney aspires to be a physician and a public health researcher in a “safety net” hospital, a facility that caters to a disproportionate number of elderly, poor, and uninsured patients. 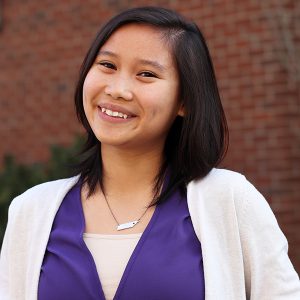 Annabel Large, a May 2019 graduate majoring in chemical engineering, will go to Sweden on a Fulbright Research Grant. “I am interested in studying the interactions between potatoes and their environment, specifically as they relate to plant immunity and disease resistance,” Large said. At the Swedish University of Agricultural Sciences, Large will use the computational biology techniques she’s learned working in a lab at Oak Ridge National Laboratory.
Read more about Large

Christopher Neal, a senior majoring in chemical and biomolecular engineering and a member of the Chancellor’s Honors Program, is a Fulbright alternative for a study and research grant to Germany and could be offered a grant at a later date. He is also a member of the Tau Beta Pi engineering honors society and the college’s Joseph C. and Judith E. Cook Grand Challenge Scholars program. Neal’s goals are to earn a doctorate in chemical engineering with a focus on electrochemistry. He wants to conduct research on alternative electrical energy storage.
Read more about Neal 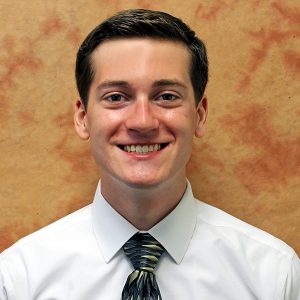 Christopher Neal is a junior majoring in chemical and biomolecular engineering. He is a member of the Chancellor’s Honors Program, Tau Beta Pi engineering honors society, and the Tickle College of Engineering’s Joseph C. and Judith E. Cook Grand Challenge Scholars Program.