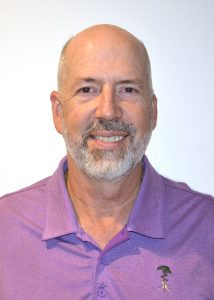 David McKinney (BS ’84) has always had a healthy appetite for adventure. When his friends headed north to the nearest state college, the Central Ohio native headed south to blaze his own trail through the foothills of the Smokies.

“I’ve always enjoyed the challenge of trying something completely new and unknown,” he said.

Four decades later, that willingness to explore uncharted terrain has propelled him across the country in a series of successful engineering roles, culminating in the top job at a growing manufacturing firm. This year, the Tickle College of Engineering recognized McKinney’s contributions to the field of chemical and biomolecular engineering through his induction into its Chemical and Biomolecular Engineering Hall of Fame.

While McKinney expresses gratitude for this recognition, he is perhaps most grateful for the discipline he learned as a student in the college.

“I was the typical high schooler who hadn’t learned to study well, and I quickly realized that I would have to work much harder to stay on top of my studies than I expected,” he said. “At the end of the day, though, earning my engineering degree taught me that hard work leads to reward. Whatever you put in, that’s what you get out.”

McKinney had initially planned to pursue medical school, but he found himself eager to join the workforce after graduation.

“I was ready to make my mark on the world,” he said. “Fortunately, you can go wherever you want to go with a degree in chemical engineering.”

He launched his engineering career at a manufacturing plant in Ohio but chafed at the slow pace and red tape involved in working for a large company. Over the next 15 years, he would go on to work as a technical research and development engineer at smaller companies in Louisiana, Tennessee, and Connecticut.

In 2000, McKinney moved to San Diego to pursue a novel idea for an insulating liner, compatible with dry ice or compressed gas, that enhanced performance beyond what Styrofoam could achieve.

“I’ve always had a bit of an entrepreneurial bent,” he said. “I learned early how to come to terms with failure.”

While the company he created, Coldpack, has yet to put the makers of Styrofoam out of business, it did achieve considerable success before McKinney sold it in 2008 to move closer to family in South Carolina.

For the past 10 years he has been at ISOFlex Packaging, an industrial film manufacturer based in Greer, South Carolina. Since becoming president of the company in 2014, he has overseen a season of remarkable growth he likens to a whirlwind. These days, he logs significant travel time overseeing 500 employees across four US locations.

“I’m acutely aware of all those families whose livelihood depends on our company’s performance,” he said. “That’s what drives me forward.”

As McKinney leads his company’s expansion, his best advice for the next generation of UT engineers is to embrace failure and change, whether it means crisscrossing the country or founding and selling a company.

“Don’t be afraid to try and fail and try again,” he said. “That’s how you learn, and that’s eventually how you succeed.”