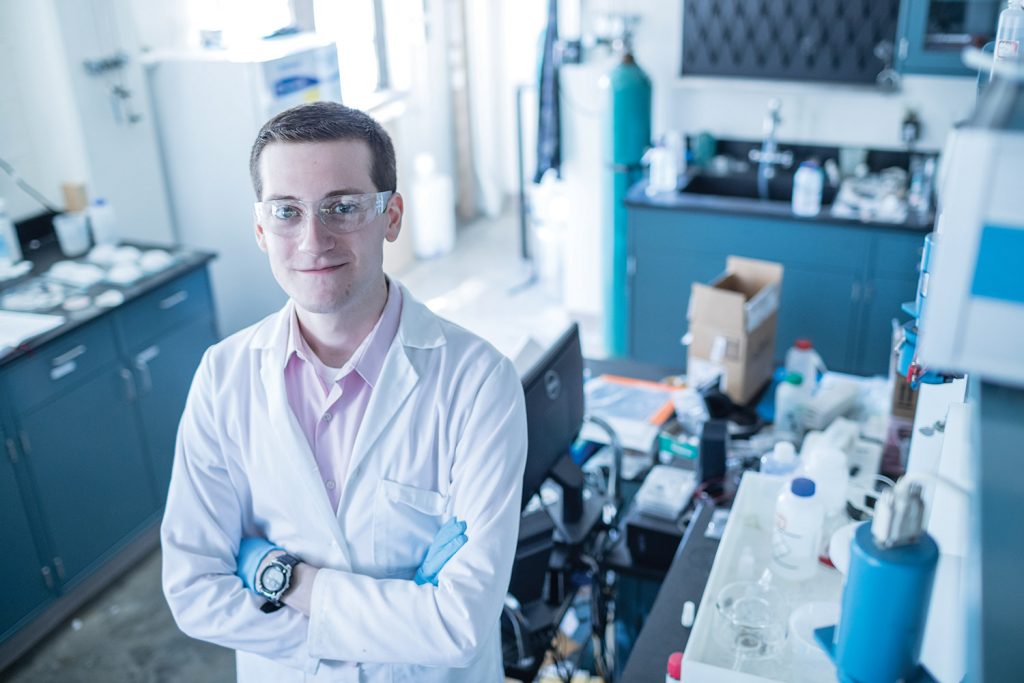 Christopher Neal kept busy in 2017. In April, he was one of only three UT students to receive a 2017-18 Goldwater Scholarship, one of the nation’s most selective awards for undergraduates. He followed that up in July with a presentation at the Global Grand Challenges Summit at George Washington University.

“Earning the Goldwater Scholarship is perhaps the greatest honor I have ever received,” he said, adding that it is likely to open doors for him. “This scholarship has afforded me the opportunity to realize my full potential in research and academic excellence.”

At the summit, Neal presented “Characterization of Membranes for All-Vanadium Redox Flow Batteries.” 900 students came to the event from 115 different universities in the US, Great Britain, and China. Neal was one of four UT engineering students present. The aim of the summit is to inspire the next generation of engineers, policymakers, and the public to address critically important engineering challenges and opportunities facing humanity.

Neal takes on the challenges through research with Thomas Zawodzinski, the UT-ORNL Governor’s Chair for Electrical Energy Conversion and Storage, and Senior Research Associate Gabriel Goenaga. Neal has worked with ORNL and numerous international companies. A member of the Chem-E-Car Team, he has served as the team’s captain for the past year. He is also a resident assistant in the new Stokely Hall.

Neal’s goals are to earn a doctorate in chemical engineering with a focus on electrochemistry. He wants to conduct research on alternative electrical energy storage.