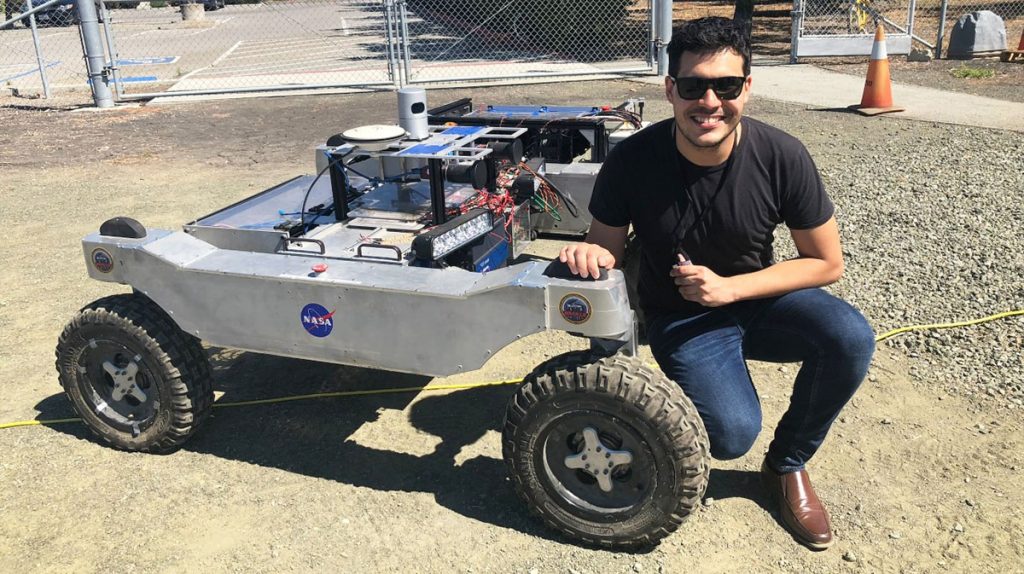 As an undergraduate engineering student, Erick Ribeiro (PhD ’20) found himself at a crossroads between applied engineering and scientific research.

“Over time, I realized my natural curiosity lent itself best to the scientific route,” he said. “Research provides a rare opportunity to do something no one else has ever done before.”

Ribeiro won a scholarship to the Tickle College of Engineering, where he worked toward his doctorate in chemical engineering from 2014 to 2020. He had enjoyed his undergraduate research training on nanomaterials so much that he decided to take a deeper dive into the field under the supervision of CBE Department Head Bamin Khomami.

Ribeiro uses an illustration to put the size of nanomaterials into context.

“If you could slice the width of a human hair a thousand times, a nanometer would be one part of that,” he said. “You can see these materials with a microscope but not the naked eye.”

The value of nanomaterials in drug delivery, energy generation, electronics, and other common applications stems from the way they exhibit different properties than their parent material. Ribeiro’s dissertation focused on designing hybrid carbon-based nanostructures for purposes like energy conversion and storage.

Years of learning from so many creative, innovative people in my PhD program at UT trained me to think differently. The program opened my mind to a whole universe of knowledge.”

In 2018, his passion for using nanomaterials for energy applications opened the door to a graduate internship at the NASA Ames Center followed by a stint as an associate scientist at the Universities Space Research Association. In both roles, Ribeiro participated in the effort to develop energy storage devices that can be produced in space instead of transported from Earth.

Over time, Ribeiro achieved his goal of building an innovative energy storage device printed layer by layer on a 3D printer. These devices provide more energy efficiency than anything NASA had ever seen before, and the agency is currently in the process of scaling them to use on a Mars rover.

Inspired to keep discovering new applications of nanotechnology, Ribeiro returned to UT this fall to embark on a yearlong postdoctoral program in the Department of Materials Science and Engineering.

“I’m still midtraining at this stage in my career, but I aspire to become a leader in my area of research,” he said. “I’m looking forward to taking the next step forward.”