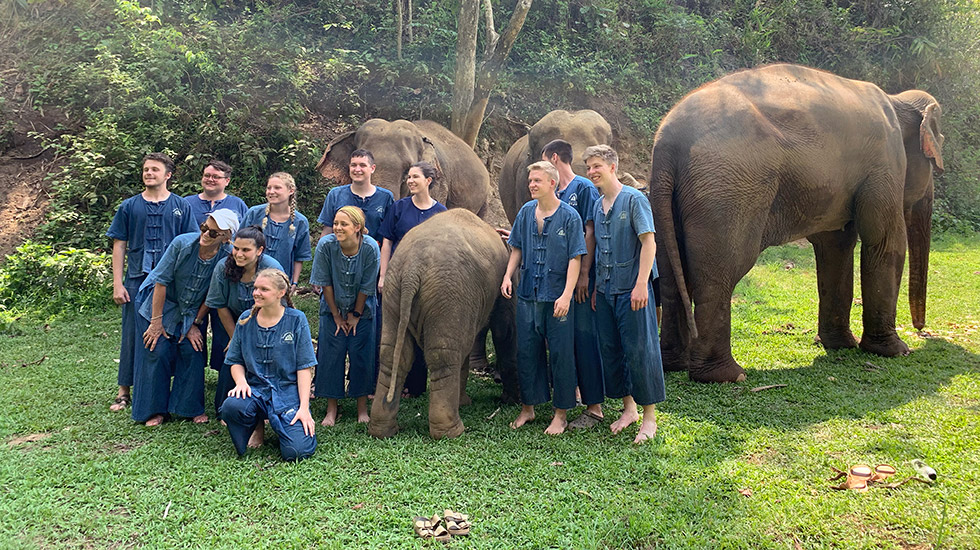 Getting on the plane to go to Thailand was a mix of emotions. On one hand, I was extremely excited to be going to Asia, as I had never been there before. On the other hand, I was also incredibly nervous, because, even though I had been to other countries, I had never flown as far as that (the flight was about 15 hours from Atlanta to Seoul, and then another five and a half to Chiang Mai), and I had never met anyone going on the trip with me. Despite my nerves, eleven other people and I boarded the plane, headed to the land of smiles.

Thailand has been dubbed “the land of smiles” due to its people being welcoming and inviting to visitors. From the moment that we landed and met our guides, it was apparent that the country really does live up to this nickname. The people were kind and very helpful to us, and even though there was somewhat of a language barrier, they were more than happy to help us whenever we needed it. Our guides, Aon and Aur, helped us with a crash course on the Thai language and we were on our way. 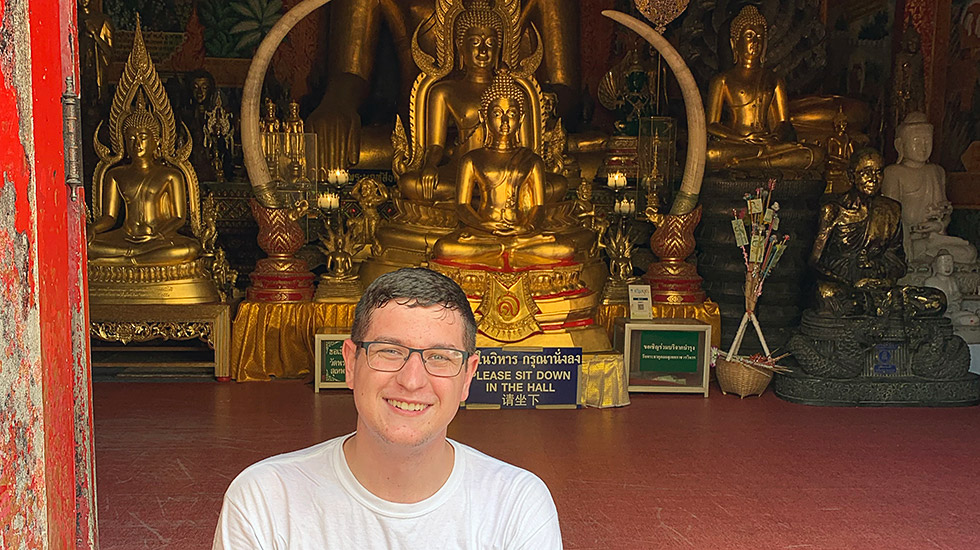 Not only were the people very friendly, their culture seemed to be very ingrained in Buddhism as well. On almost every corner you turned in Chiang Mai, there was a temple dedicated to their faith. Of the many temples we visited, the one that stood out the most was probably Wat Phra That Doi Suthep, on a nearby mountain to the city. At the temple, we participated in a ritual in which we walked around the pagoda three times and lit a candle for good luck, and then had our fortunes told at a Buddha statue. The temple itself was very impressive as it looked to be made of all gold and from the edge of the ancient property, we were able to see an impressive view of the city below. 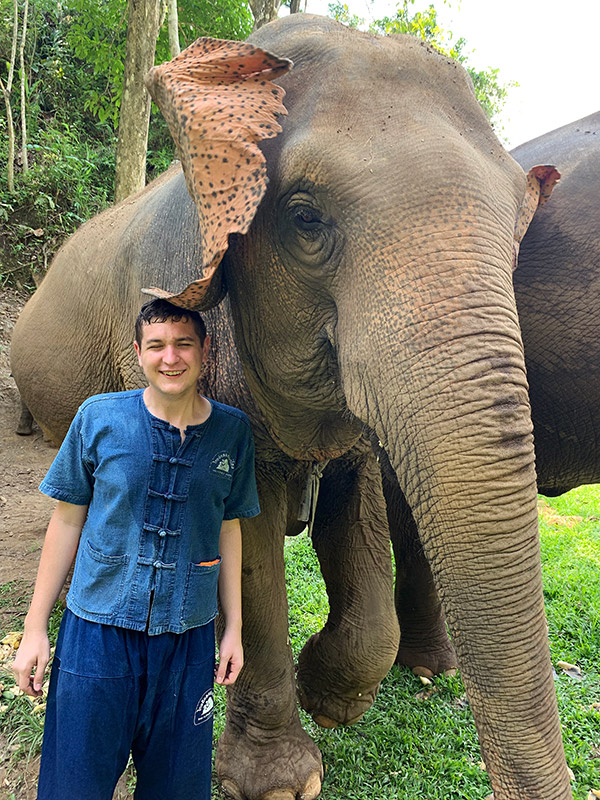 The food was another impressive part of the trip. I frequently eat at local Thai places like Chaiyo and Jai Dee, so I thought I knew what to expect, but the food here was next-level. My favorite dish of the trip was probably the Green Curry that I had at a restaurant called Ratana’s Kitchen or the Pad Thai we had at the elephant nursery. Lucky for us, we were able to participate in a cooking class and come back with a cookbook, so that we can make our favorite dishes at home. Finally, on our last day, we took a riverboat dinner cruise down the Ping River. The food on board was not only great, but I was surprised for my birthday with a cake from a local bakery.

The last thing that really sticks out in my mind was when we visited the Thai Elephant Home. This is a place where they take elephants who had been rescued from the logging industry and give them a place to call home since they are no longer able to live in the wild on their own. While there, we put on the traditional mahout outfits and were able to feed the elephants, play with them, and even bathe them. Being so up close and personal with such giant creatures was really a once in a lifetime experience that I will never be able to forget.

There is so much more to this trip that simply cannot be summed up in a short blog post, but one thing I took away from the trip is that we are so incredibly lucky to be able to travel to places like this that are so rich in history and culture. I was able to leave with all new friends and memories that will last a lifetime, and a new inspiration to travel even more. If you have any sort of inclination to do any trip of this sort, I highly recommend doing so—you will not regret it!

Read more posts about the Global Initiatives’ trip to Thailand by Tickle College of Engineering students.