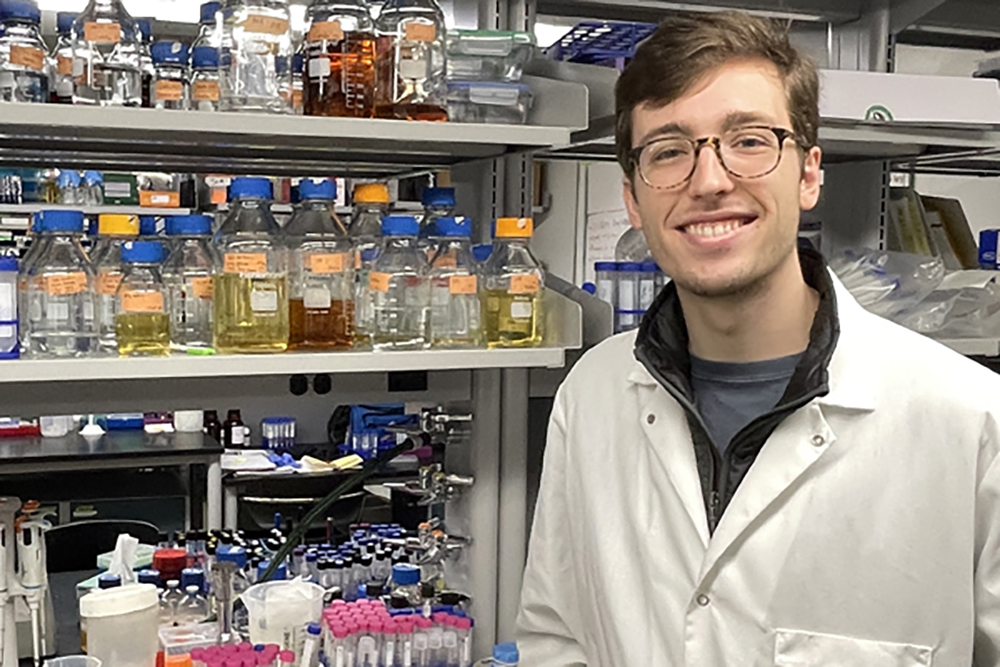 The process of gene editing, which may have seemed like science fiction 30 years ago, has become a part of everyday life. Plants are modified to grow faster or contain more nutritional value, flowers are engineered to change colors, and even fish are altered to glow under black light. David Dooley, CBE doctoral candidate, is using similar technology in the battle against illness and disease.

Dooley’s research focuses on treating microbial infections using CRISPR/Cas technology. CRISPR—short for Clustered Regularly Interspaced Short Palindromic Repeats—refers to specialized sections of DNA that participate in adaptive immunity in some bacteria. These sites carry copies of foreign, invading DNA the cell has previously encountered and, together with Cas enzymes, cut up that sequence if it enters the cell again.

By hijacking these Cas enzymes and designing custom CRISPR arrays to target pathogens of interest, Dooley hopes to prevent antimicrobial resistance (AMR), which occurs when microorganisms including bacteria, viruses, fungi, and parasites adapt and grow despite the use of medications like antibiotics designed to combat them. Infection with AMR can lead to serious illness, long hospital stays, and even death.

Resistant pathogens are evolving at an alarming rate, resulting in a global health threat. In fact, the World Health Organization (WHO) has declared that AMR is one of the top 10 public health threats facing humanity. As a result of drug resistance, traditional antibiotics are becoming ineffective and infections are increasingly difficult and expensive to treat. The Centers for Disease Control and Prevention (CDC) estimates that antimicrobial resistance results in $20 billion in direct healthcare costs in the United States alone. 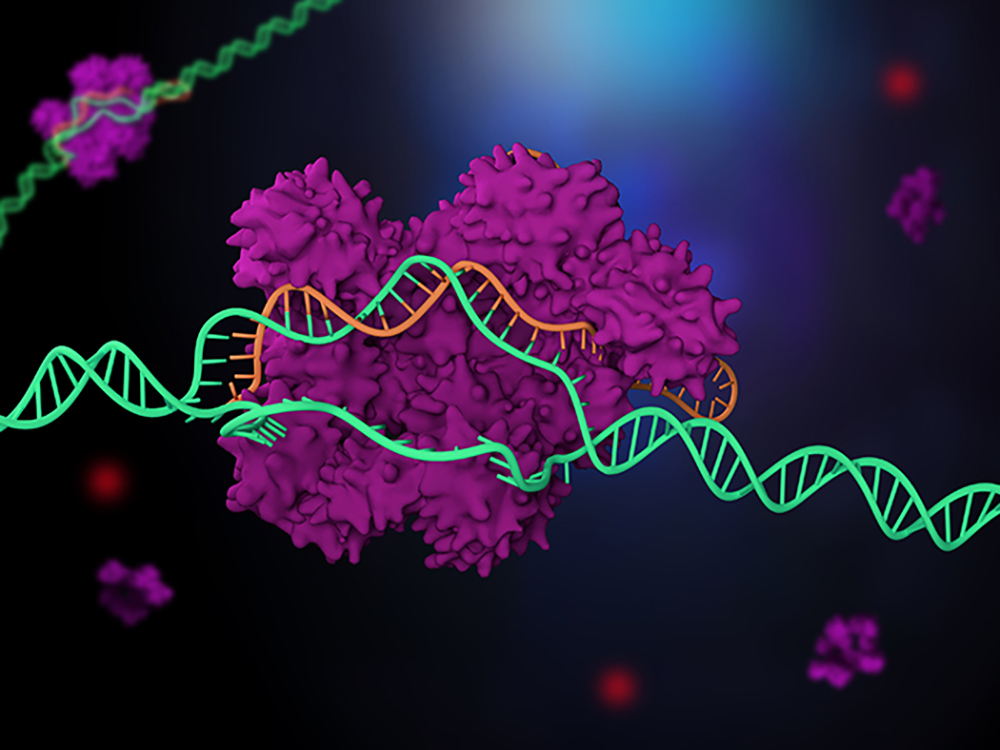 CRISPR/Cas technology is a novel way to treat microbial infections by selectively cutting the DNA of pathogens to kill them.

“My focus centers on understanding and optimizing several of the important parameters for making these therapies work,” Dooley explained. “How many cuts to make, where to make them, and which kinds of CRISPR/Cas systems to use.”

Traditional antibiotics work by either destroying the structure of the bacteria or preventing its growth and reproduction. The downside to this strategy is that other cells can be destroyed in the process. By contrast, CRISPR/Cas technology is more specific. Gene-editing technology allows therapies to selectively target pathogen DNA, while leaving bystander organs and beneficial microbial flora intact.

The plan for all living things relies on the flow of genetic information. For Dooley, even his interest in science is an inherited trait.

“I have always had an interest in science,” Dooley said. “My initial interest for science is mostly due to my mother, who was a microbiologist researcher at Vanderbilt.”

After receiving his undergraduate degree in chemical engineering from Tennessee Tech University, he started looking for graduate programs.

“I just kind of stumbled upon what I’m studying now and immediately fell in love,” Dooley remarked. “I think there’s a lot of beauty in the research I do, and I hope others can see the beauty of it, too.”

Dooley’s long-term plans include teaching and running his own research lab one day, but for now he is committed to developing CRISPR/Cas therapeutics in the fight against antimicrobial pathogens.

“My goal is to provide rapid and efficient treatments for hard-to-treat AMR infections and to ease the burden on traditional antibiotics in order to slow the spread of antibiotic resistance,” Dooley explained. “I believe my work can profoundly impact the landscape of future medical treatment against harmful pathogens.”

This post was originally published by UT’s Office of Research and Engagement.