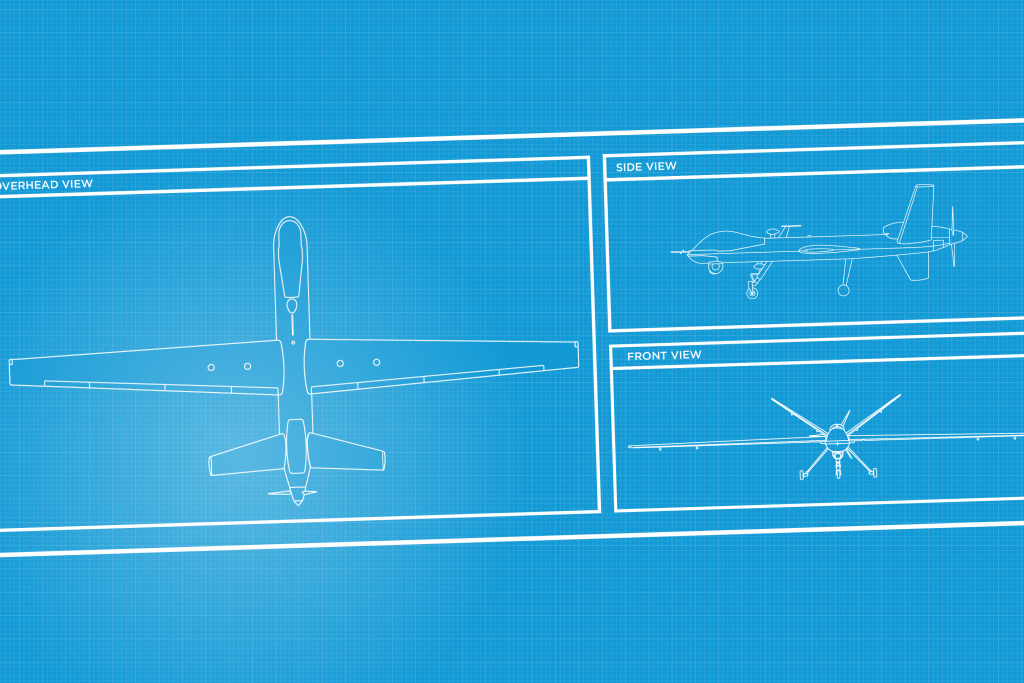 The promise of electrically powered vehicles exists at every level, from e-bikes to massive construction equipment. Aircraft are no exception. While it may be some time before electric airplanes take flight, the future of electric vertical take-off and landing systems (eVTOLs) is well under way.

UT researchers have begun work on a project with the US Army’s DEVCOM-Army Research Laboratory (ARL) which could soon bring a particular type of electric aerial vehicle into existence. The project, “Design of Next Generation eVTOL Systems,” unites scientists and developers from a scope of expertise to collectively overcome issues and make eVTOLs more feasible.

“The Army is interested in developing eVTOLs for drones, but there are significant challenges that must be overcome before that can happen,” said Matthew Mench, dean and the Wayne T. Davis Dean’s Chair of the Tickle College of Engineering, who is serving as lead on the project. “We’re talking about weight, durability, materials, battery life, charging, and so on. It’s a complex problem, so it requires a complex solution.”

In addition to the US Department of Defense (DOD), Bell, a longtime aerospace company most known for its UH-1 Iroquois “Huey” helicopters, and General Electric are also part of the effort, which includes initial funding of $11.3 million.

MABE Professor Hans DeSmidt is also on the team with Mench.

DeSmidt brings his experience in aerospace engineering to the team, where he will be focused on developing the flight transmission system. His specific expertise when it comes to rotordynamics will be important since the drones will be roto-driven.

“In conventional helicopters the rotors are all mechanically linked back to the engines via a transmission system which transmits all the power to hover and propel the vehicle,” DeSmidt said. “The transmission is a significant weight driver, typically contributing somewhere between 15 percent to 20 percent of the vehicle’s empty weight. Electrification will enable so-called distributed electric propulsion where each rotor can be locally driven by a motor through a gearbox with power sent via cables from the battery-pack. This configuration’s flexibility vastly opens the design space and has the potential to significantly reduce propulsion system weight and complexity.”

The project’s success is dependent on focus areas such as improved system integration, energy generation and storage, power conversion and transmission, the development of new materials, and the ability to implement wireless charging. Accordingly, the team was built to rise to the occasion.

In addition to Mench and DeSmidt, other team members throughout the college and beyond are: CBE UT-ORNL Governor’s Chair for Electrical Energy Conversion and Storage Thomas Zawodzinski, ORNL Distinguished Scientist Ilias Belharouak, EECS Associate Professor Daniel Costinett, and MSE Assistant Professor Orlando Rios. Zawodzinski and Belharouak are developing and manufacturing advanced lithium-ion batteries, Costinett is pursuing the ability to implement wireless charging, and Rios is working on the development of advanced materials.

“The goal is to have an eVTOL drone that can be charged quickly, have an extended range, and be lightweight,” said Mench. “It also needs to be capable of delivering 300-350 pounds of goods to a battle zone safely and get back out, while providing no thermal signature, all while having enough power to process other applications required for its operation.”

Accordingly, the battery is at the heart of the drone, giving it the ability to perform all of its required functions, but doing so while adding as little weight as possible to the aircraft. Zawodzinski and an ORNL team led by Belharouak are tackling that problem, with lithium-ion batteries seemingly the best option for early deployment.

Unfortunately, lithium-ion batteries only provide about 10 to 20 percent of the energy needed for the target mission, given size constraints, thus necessitating an engine for much of the power. The UT team is exploring an option that is earlier in the development cycle yet would get much closer to the target.

“We need to make sure that there is enough energy to perform the tasks that will be required of these eVTOLs since they will be used in environments where the success of the particular mission might be dependent on them,” said Zawodzinski. “Just taking off is a major drain on batteries, but these vehicles will also need to be able to deliver their cargo and return safely, potentially with very low power reserves remaining. It is a daunting task, but one we will answer.”

“We’re working with ARL to develop wireless battery charging systems for eVTOLs in order to maximize uptime,” said Costinett, of his team’s contribution. “This includes both increasing the charging power to reduce charging time and minimizing the weight of the hardware to allow extended flight time. Using wireless power transfer, the process is seamless; the eVTOL automatically begins charging wirelessly when it lands without the need for any plug or tether.”

Using his knowledge of materials that can operate and perform in a high-temperature environment without degrading, Rios is leading the effort to help develop material components of the project.

He said that working with the DOD is every bit as valuable as the experience gained on the project itself.

“Working closely in partnership with DOD researchers not only allows us to align our research with national interest but also allows for training the next generation workforce,” said Rios. “Our students get an amazing team of mentors taking active roles in their daily research outcomes and career paths.”

This high-profile collaboration not only helps researchers push the envelope on what eVTOLs are and what they can do, but also allows students to take part in the discovery and development which will, someday, result in fully charged flight.

Through this project, graduate students from Zawodzinski’s, Costinett’s, DeSmidt’s and Rios’ labs are working alongside some of the most talented engineers and scientists in their respective fields, forming mentorships, contributing to research outcomes, and discovering career paths.

The overall project is part of the ARL’s Versatile Tactical Power and Propulsion program, known as VICTOR. Through the program, the Army hopes to revamp its unmanned vehicle program to give it better, more efficient, more flexible options for when the need arises.