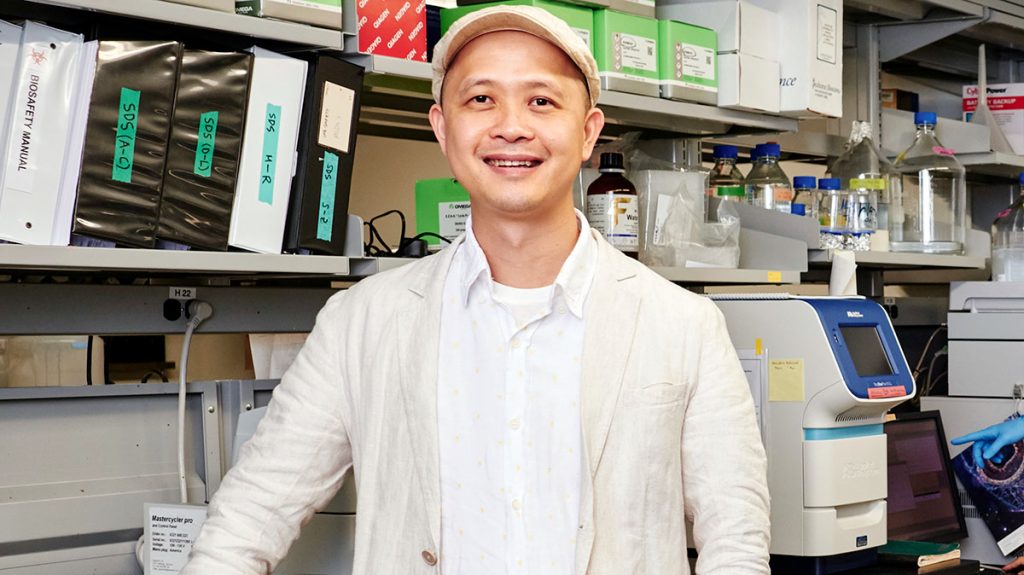 Ferguson Faculty Fellow in Chemical Engineering and Associate Professor Cong Trinh has a wealth of experience researching and exploring the use of living bacteria as biocatalysts to make biochemicals from renewable and sustainable feedstocks such as switchgrass.

Now his work has gotten a new major boost, thanks to a grant from the US Department of Energy (DoE).

The DoE’s Office of Science has selected Trinh’s project—which is aimed at producing the next generation of biofuels—for $1.1 million in funding, beginning with an initial award of nearly $370,000. The project, “Harnessing the Robust Metabolism of Bacillus coagulans for Efficient Conversion of Lignocellulosic Biomass Hydrolysates to Designer Bioesters,” was one of 34 projects picked as part of a $45 million push from the DoE to investigate the next generation of biofuels and bioproducts and is a collaboration with the US Department of Agriculture and Oak Ridge National Laboratory.

“My goal with this research is to better understand, control, and manipulate Bacillus coagulans, a specific type of bacteria that is commonly used as probiotics and has also shown promise in converting biomass into usable products such as bioesters,” said Trinh. “Those specific bioesters, in turn, are readily available for widespread use as new sources of fuels and high-value chemicals such as flavors, fragrances, and solvents. Through this work, we hope to open up even more possibilities for the use of Bacillus coagulans in engineering and production for biomanufacturing and health application.”

Doing so requires going beyond just the standard lab equipment, something that Trinh included in his plans. The team hopes to study the bacteria at the most minute levels imaginable, refining and selecting its processes to manipulate it for optimal performance.

“Basically, we’ll help new strains of it evolve in such ways that meet the needs that we need it to, streamlining how it operates,” said Trinh. “For example, one of the things associated with this particular strain is its production of lactate, which we can use to develop a new line of lactate esters.”

In doing so, Trinh and his team can create what are known as microbial manufacturing platforms for future work on this particular strain using modular design principles in engineering disciplines.

Developing such platforms means that they can serve as a “launching” point for later work, eliminating the need to repeat certain steps every time a new look at the bacteria is started, which can greatly improve research speed in the long run.

Once successful, the work should serve as the basis for many breakthroughs to come that depend on esters, impacting everything from fuel and plastics to medicine and flavor or scent additives.

Further confirmation that the biggest changes start at the smallest levels.