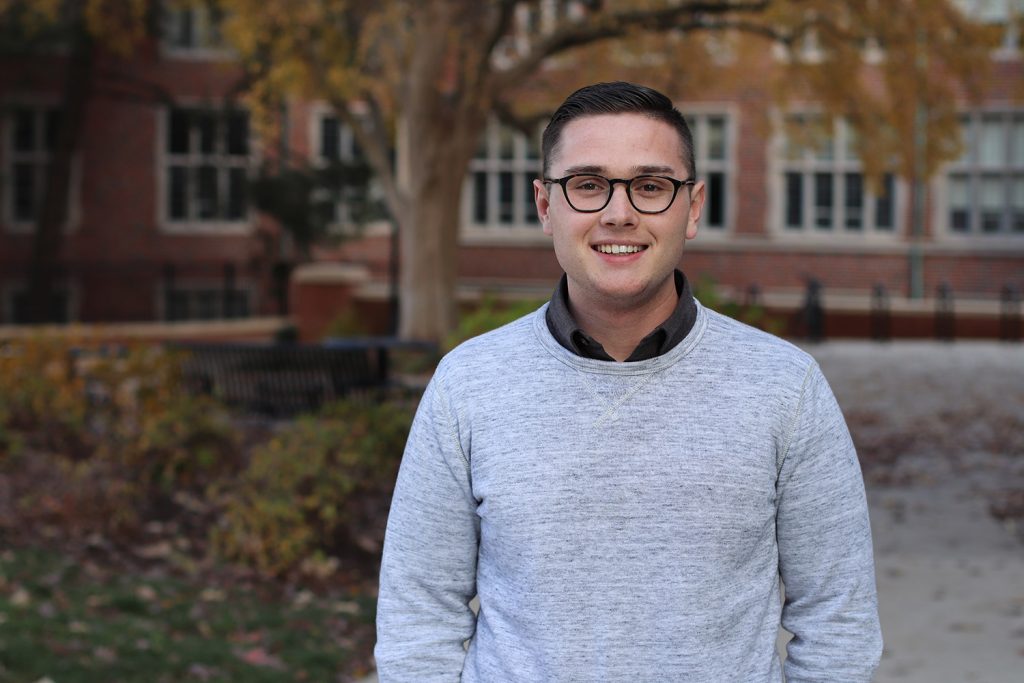 A native of Normandy, Tennessee, and a graduate of Tullahoma High School, Rigney is a senior majoring in chemical and biomolecular engineering. As a Rhodes Scholar, he will begin all-expenses-paid studies at the University of Oxford in England next fall. He plans to pursue two master’s degrees—one in global health science and epidemiology and one in evidence-based social intervention and policy evaluation.

Interim Chancellor Wayne T. Davis said having a Rhodes Scholar on campus is a huge honor—for the student and for the university.

“We are so incredibly proud of Grant and all he’s achieved,” Davis said. “His scholarly work and his service to the community—magnified by his desire to learn and lead—personify the very best of the Volunteer spirit.”

Rigney said he chose UT because of the many opportunities it provided him, especially through the Haslam Scholars program.

“It offered me opportunities I wasn’t likely to get elsewhere and gave me the chance to be part of a smaller group of motivated and driven people,” he said.

As part of the Haslam Scholars Program, he’s currently writing his undergraduate thesis on disparate response patterns seen in mice receiving immunotherapy treatment for melanoma—research he did during an internship at Harvard University and Massachusetts General Hospital this past summer. He also participated in a study abroad at the University of Edinburgh, where he focused on the ethics of health care resource allocation.

Rigney is currently conducting research at the UT Medical Center on phase transfer catalysts as a way to measure the toxicity of imaging agents used in PET and CT scans.

He aspires to be a physician and a public health researcher in a “safety net” hospital, a facility that caters to a disproportionate number of elderly, poor, and uninsured patients.

Rigney said his desire to help the less fortunate stems from two experiences as he was growing up.

“First, from a relationship I formed with a man who utilized the safety net and had really been forgotten about,” he said. Rigney and his mother had encountered the man in their hometown, offered him a ride, and went on to befriend him over the course of several years.

During high school, Rigney also worked as a certified nursing assistant, an opportunity that let him see some of the challenges with the health care system.

AT UT, Rigney is also a Neyland Scholar. He is the editor in chief of Pursuit, UT’s journal of undergraduate research; president of the Student Alumni Associates; and a member of UT’s Alumni Board of Directors. He volunteers at Inskip Elementary School and the Fifth Avenue Clinic, and he co-founded UT’s Homeless Prevention University and Community Alliance, a student organization that works to raise awareness of homelessness in Knoxville through lectures and volunteer opportunities.

Rigney is also a licensed private pilot, a triathlete, and an accomplished musician who plays the fiddle and mandolin.

He played for years in his family’s bluegrass band, winning state and national championships and performing more than 400 concerts across the country and abroad.

“Grant is uncommonly talented—in research, policy, music, and on and on—but more than that, he possesses an indefatigable commitment to do good in the world,” said Andrew Seidler, director of UT’s Office of National Scholarships and Fellowships, which facilitates nomination of UT candidates for the Rhodes and other nationally competitive awards. “He is such a special person and an outstanding representative of UT.”

Rhodes Scholars are chosen in a two-stage process. First, applicants must be endorsed by their college or university. This year more than 2,500 students sought their institution’s endorsement; 880 were endorsed by 281 different colleges and universities. Selection committees in each of 16 US districts invite the strongest applicants to interview. Applicants are chosen on the criteria of academic excellence, character, and leadership, and must “be conscious of inequities” in the world.

Rigney traveled to Chicago this past weekend for the interview portion of the process. At the end of the day, the judges announced that he was one of the two winners from District 12, which encompasses Arkansas, Iowa, Kansas, Missouri, and Tennessee.