The Goldwater Scholarship Program was established by Congress in 1986 to honor US Senator Barry M. Goldwater. The most prestigious undergraduate STEM scholarships in the United States, Goldwater Scholarships are awarded to college sophomores and juniors who intend to pursue research careers in the natural sciences, mathematics, and engineering. The scholarships provide up to $7,500 annually to cover tuition, fees, books, and room and board. An estimated 5,000 sophomores and juniors nationwide applied this year for the Goldwater.

Since 2010, UT has had 16 students named Goldwater Scholars. 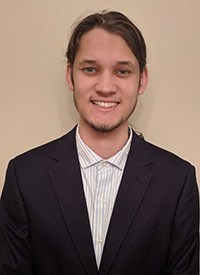 “To be named Goldwater Scholars, Carl and Ian had to compete with the finest undergraduate STEM students in the country,” said Andrew Seidler, director of UT’s Office of National Scholarships and Fellowships. “Recognition as Goldwater Scholars is an indication of their tremendous efforts and potential and also of the outstanding support they’ve received at UT to pursue undergraduate research—on and off campus.”

Edwards, of Knoxville, said he plans to attend graduate school after completing his bachelor’s degree at UT. He wants to earn a PhD in machine learning and artificial intelligence.

“Receiving this award will provide me the chance to further develop my scientific and research abilities and will create new opportunities in the future,” he said.

At UT, Edwards has worked with Bamin Khomani, who is the Granger and Beaman Distinguished University Professor, head of the Department of Chemical and Biomolecular Engineering (CBE), and director of the Sustainable Energy Education and Research Center, and with Professor Brian Edwards, who is associate head of CBE.

He’s done research at both Oak Ridge National Laboratory and through EuroScholars the University of Zurich in Switzerland. 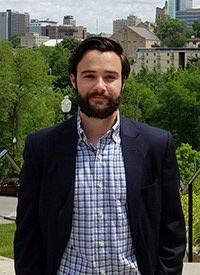 Greeley, also of Knoxville, also plans to attend graduate school and earn a PhD in materials science after completing his bachelor’s degree. He wants to conduct research in functional materials for energy storage applications.

He has worked for two years at the Scintillation Materials Research Center studying novel scintillators (materials that exhibit luminescence triggered by ionizing radiation) for radiation sensors and imaging systems. Greeley’s research mentors at UT are Charles Melcher, research professor in the Department of Nuclear Engineering, and Yuntao Wu, research assistant professor in the Department of Materials Science and Engineering.

Greeley also had an internship last summer at Oak Ridge National Laboratory working on polymer binders for use in silicon-graphite anodes for lithium-ion batteries.

Greeley described the Goldwater application process as “an invaluable reflection that helped me identify my research interests, motivations, and ambitions.”

UT students who would like more information about the Goldwater Scholarship and other nationally competitive awards can visit the ONSF website and set up an appointment to meet with ONSF staff.