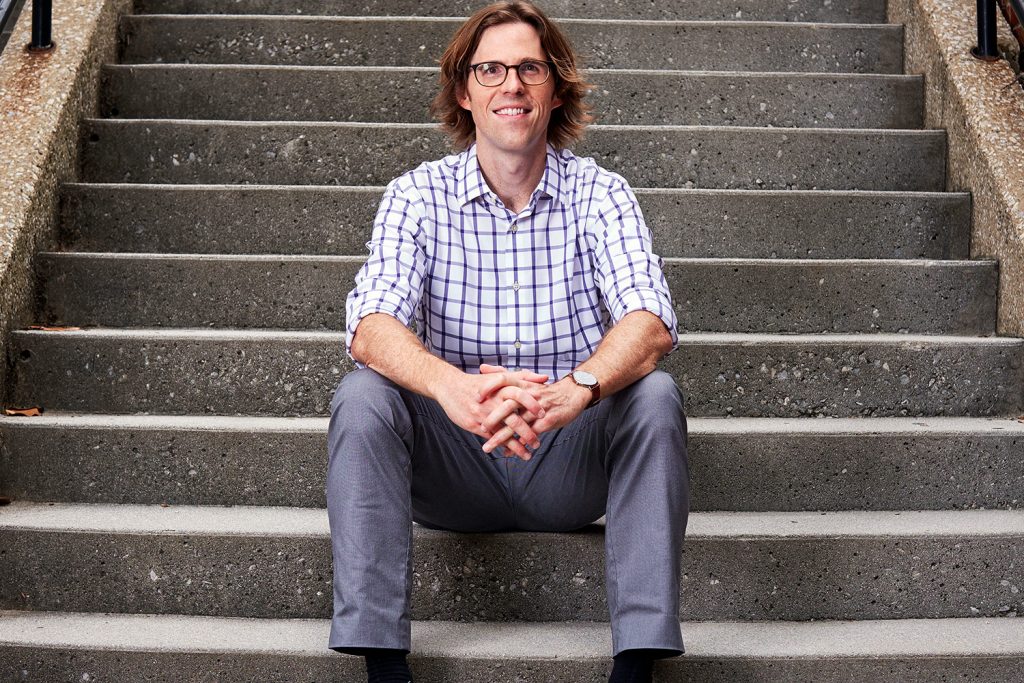 His group creates physical or mathematical models at some of the smallest levels imaginable, helping researchers gain a better understanding of how cells behave.

“Our first goal is to solve the riddle of how cells recognize one another,” said Abel. “For example, we know that white blood cells are able to tell when something bad has entered the body and distinguish that from other cells, we just don’t know how they do it.”

The group is exploring the idea that identification is based on cells being able to recognize amino acid sequences in other cells. Those sequences vary by protein, and so would show up differently from substance to substance.

Abel’s team correlates their data with what is known to be true in the medical field to help assure accuracy of their models, then uses that to try different approaches to finding the best result.

While many scientific breakthroughs come from someone “thinking big,” Abel’s group took the opposite approach and thought small.

How small? Consider a newton, the measurement of how much force is required to give one kilogram of mass an acceleration rate of one meter per second, per second.

Abel’s team carries out observations measured in piconewtons, a force one one-trillionth the strength of a newton.

“To be able to do research at the minute levels of cells that we are talking about, we had to think small,” said Abel. “No one has done it at this scale before.”

Abel’s methods have a number of other advantages as well.

By using data and modeling, they can not only experiment until they find something that works, but they can better explore why ideas that failed were unsuccessful and use that to make a better attempt the next time.

Furthermore, since the cells in question exist as data-driven substitutes for their real counterparts, the modeling can be used to simulate humans, animals, or plants, allowing for greater collaboration.

We can and have worked across departments and colleges, including with people in biology, chemistry, even agricultural-related efforts. The ability to simulate any cell structure could help in things such as improved crop yields, disease-resistant plants, or even more productive biofuels.

Abel noted that, like any emerging field, there are unexpected challenges, but that he sees the newness of the concept as an opportunity to position his group—and UT—as a trailblazer.