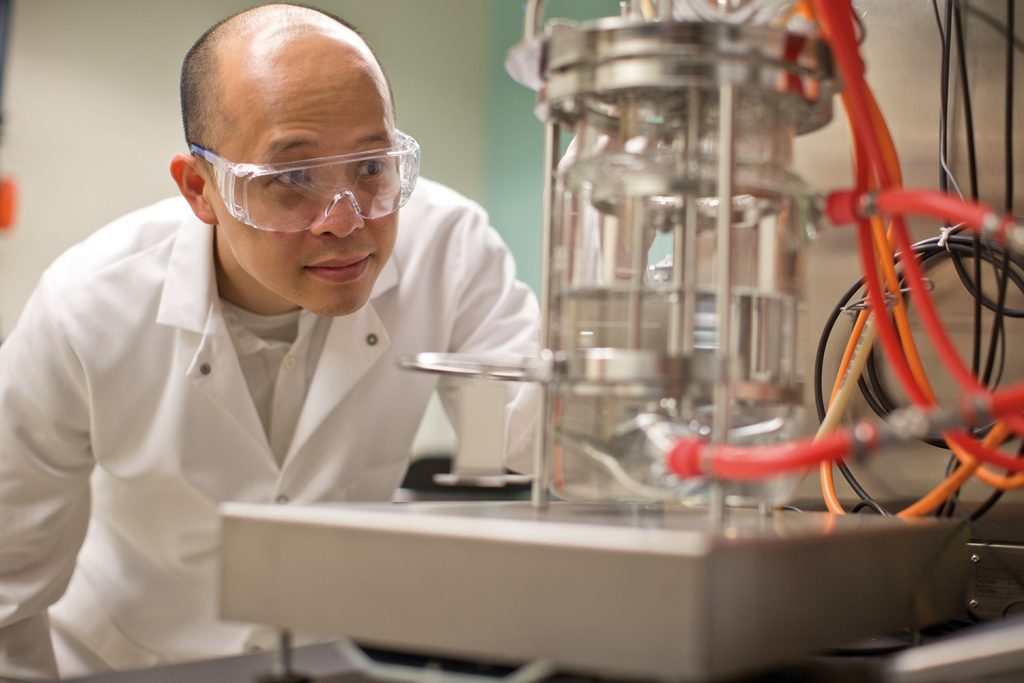 The ability to rapidly identify diseases and begin counteractive measures is key when cities or even countries are faced with a possible epidemic or the use of biological weapons.

Cong Trinh, Ferguson Fellow and associate professor of chemical and biomolecular engineering, is developing a method to greatly improve the time involved in both identification and removal of such pathogens through the concept of a Virulent Pathogen Resistance program, or ViPaRe.

“In an age when pathogens can be a weapon, having a rapid response is absolutely vital,” Trinh said. “Our goal is to be able to identify and target such threats within weeks rather than years, while at the same time not harming the host.”

Through ViPaRe, devices are being designed using a blend of statistics, computer science, mathematics, chemistry, and biology. That broad mix is required since the machines must be capable of taking samples, identifying which pathogens are present, and attacking them at their genetic core.

Supercomputers, with their ability to make calculations and break down data millions of times faster than human researchers, make the concept possible, according to Trinh.

“It currently takes a long time to analyze small molecules, which is unacceptable if you’re talking about facing an epidemic,” he said. “We are developing specialized software and using ‘smart’ machines to dramatically reduce diagnosis and response times.”

Taking such a targeted, specialized approach to fighting pathogens has other benefits, such as curtailing the rise of antibiotic-resistant microbes, since Trinh’s method attacks them genetically instead of via medicine.

ViPaRe would also allow treatment to change as diseases mutate, eliminating potentially hazardous new outbreaks of old illnesses. For example, while flu outbreaks occur every year the severity of those outbreaks differs because variations in the strain make it time-consuming for officials to figure out exactly which strain they are facing and produce the correct vaccine.

Using Trinh’s idea, medical personnel would be able to take blood samples, identify the particular strain, and eliminate it within weeks rather than over the course of months.

In recognition of his work on ViPaRe, the US Department of Defense named Trinh a Defense Advanced Research Projects Agency Young Faculty award winner for 2017. This award program provides funding, mentoring, and industry and DOD contacts to awardees early in their careers in order to develop research ideas in the context of DOD needs.

Trinh also earned the 2017 American Society for Engineering Educators Southeast New Researcher award, which recognizes a faculty member who has less than six years of teaching and research experience but has demonstrated excellence in both.