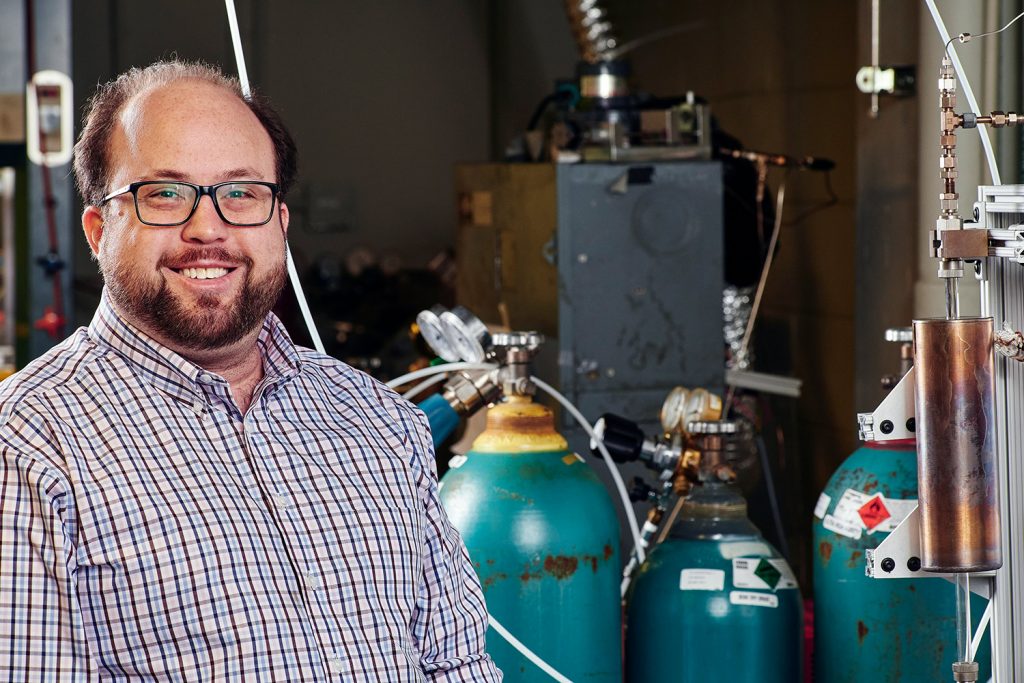 A memorable scene from the 1985 movie Back to the Future shows one of the main characters placing organic garbage in a device called “Mr. Fusion” that is being used to power the car.

While it still seems farfetched to think such a scenario might ever be possible, the reality is that research being done by people like Assistant Professor Siris Laursen has lead to breakthroughs that are turning concepts that once seemed unimaginable on their heads by taking new approaches to science.

Laursen’s work is in the realm of catalysts, materials that help improve the speed and efficiency of a huge range of chemical processes without being consumed by the transformation, meaning they can be used over and over again.

From fuel to food, catalysts have played a key role in shaping society since the dawn of the industrial revolution, but one of the things preventing them from having an even greater impact is the cost of the catalysts themselves.

The most widely-used material in catalysts for many decades now is platinum. It has served its purpose, but it comes with limitations, not the least of which is its price tag.”

Laursen has proposed a new tactic, using computers to explore possible catalysts at the atomic level, studying information on their surface areas and gaining data about their performance.

His method also includes combining two or more metals in preparing the catalyst, giving his team increased flexibility in fine-tuning the finished product based on what the computer modeling shows to be the most effective design.

This development of using what is known as intermetallic compounds also opens up the use of catalysts in areas where platinum has historically not performed as well or at all, leading to seemingly endless possibilities.

“The approach we are taking will reduce our reliance on such an expensive material, while at the same time giving us the ability to do new and exciting things,” said Laursen. “The use of emerging materials will allow us to keep up with changing needs and demands.”

Chemicals, rubber, foam, medicine, and yes, even one day turning garbage into fuel, are just the start of how Laursen’s work could change our own future.