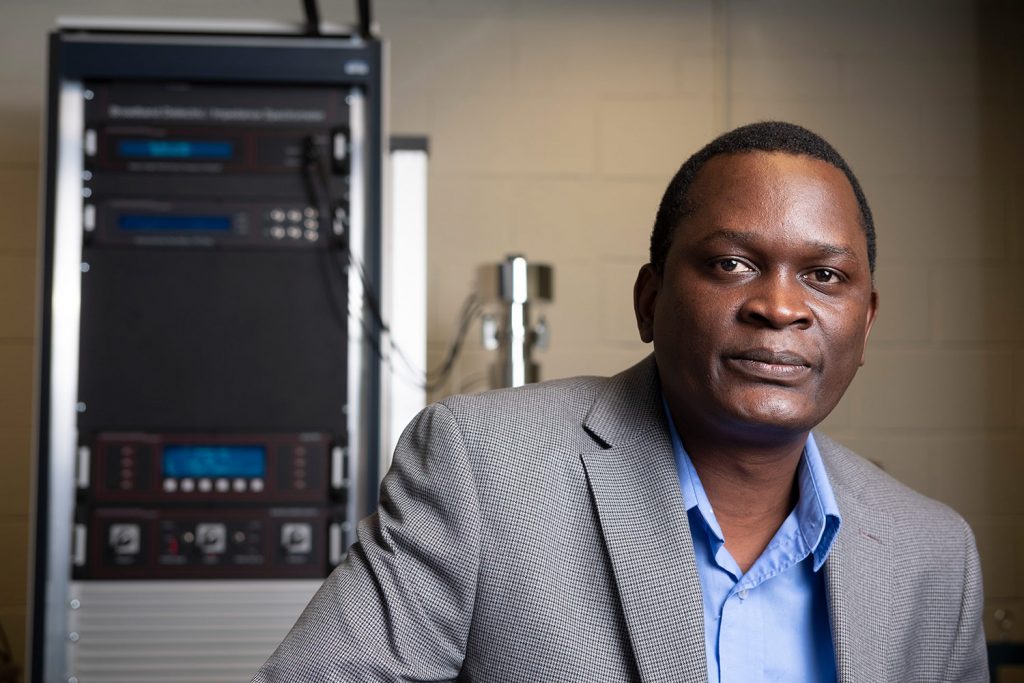 Most students are taught in basic science that most matter exists in three possible forms: gas, liquid, and solid.

While people involved with physics would rightfully be quick to point out plasma as another state that a substance can have, scientists have also theorized that many important liquids such as water feature two different liquid phases, with a tipping point from one to another similar to the one that exists between traditional liquid and its crystalline, or solid, form.

The problem is that such a transition—from one state of liquid to another liquid—has never been observed for liquids that do not easily form crystals.

A team led by Associate Professor Joshua Sangoro has captured the first evidence of a liquid-to-liquid transition in an amorphous liquid, something that holds implications far beyond the classroom.

“Think about all of the critical roles that liquids play, even the importance of water to life itself,” said Sangoro. “As an example, water becomes lighter at low temperatures and helps to preserve aquatic life under cold conditions that would otherwise be detrimental. Gaining an understanding of the molecular processes in liquids could help us understand how proteins move within liquids, how certain medicines are transported, and what happens in specific chemical processing applications.”

For their test, Sangoro’s group looked at ionic liquids, which in the simplest terms are salts that exist in a liquid form. They are generally thought to hold promise in an array of areas, including energy storage and electronics, as catalysts, and as solvents.

Sangoro said the hope is that understanding how the liquid–liquid transition works in ionic liquids will help the group better understand how it works in numerous other liquids.

The team got the breakthrough it was looking for—but not without a curious twist that led to further questions.

For the first time we were able to observe a liquid–liquid transition, which is fascinating. The interesting thing is that what we saw didn’t totally fit with the leading thoughts about what would happen.”

He said there have long been two main theories as to what might bring about the desired transition.

In one, it is thought that nucleation—a process involving “seeds” within the liquid—allows it to transition into another liquid phase before crystallization.

The second is that spinodal decomposition might occur to allow the transition, which would mean the right conditions would spontaneously produce the sought-after result.

“We need to further study and test both to our work, but neither adequately explains what we observed,” Sangoro said. “We’re now looking at developing new ideas and a conceptual framework to better understand the transformation from one liquid phase to another.”

That understanding that could have a major impact for years to come.

Demonstrating the importance of the team’s work, it was recently published in the Proceedings of the National Academy of Sciences, one of the top scientific journals in the US.