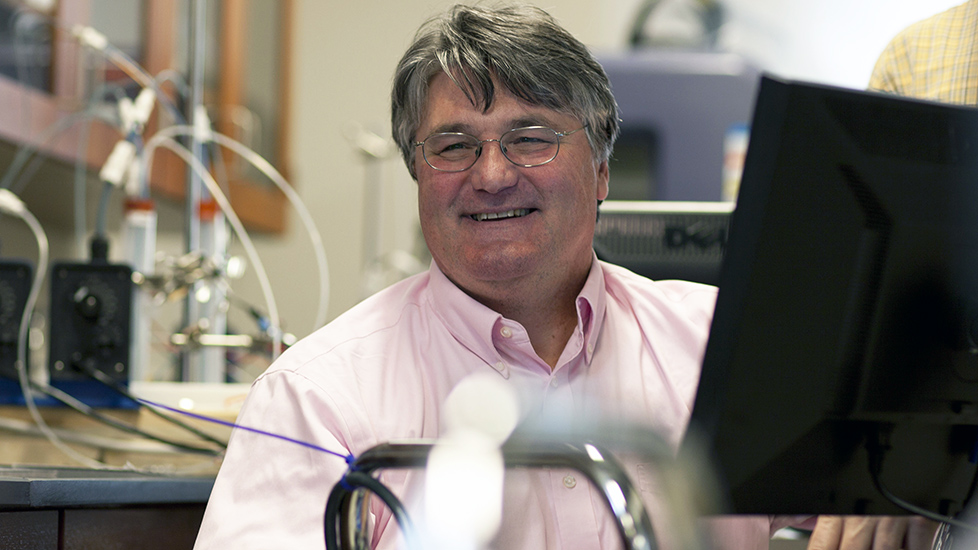 The US Department of Energy has chosen a project led by UT–Oak Ridge National Laboratory Governor’s Chair for Electrical Energy Conversion and Storage Thomas Zawodzinski as one of 10 recipients of Advanced Research Projects Agency–Energy (ARPA-E) grants.

The grants are part of the agency’s focus on research that can provide a minimum of 100 hours of power to the grid as part of its Duration Addition to electricitY Storage (DAYS) program.

For his part, Zawodzinski’s team is taking a new approach to an old problem—efficiency—by changing a critical reaction.

“It has long been a goal to make a regenerative fuel cell, a single device that functions as both a fuel cell and an electrolyzer,” Zawodzinski said. “However, such devices have previously suffered from poor overall efficiency. The new project uses an alternative approach by changing one of the chemical reactions in the cell and bypassing the efficiency bottleneck.”

As part of their typical processes, fuel cell reactions produce water through the combination of hydrogen and oxygen. In the case of the new device, the team will instead use cells to produce hydrogen peroxide, which can be easily stored.

Depending on need, the fuel cells can provide electricity to the grid while producing peroxide, which will be converted into oxygen during the charging cycle.

This method uses a recent catalyst discovery in Zawodzinski’s lab that is being commercialized for one application by a spin-off company, Peroxygen Systems Inc., which will also participate in the project.

“In effect, the system could allow renewable electricity inputs—such as solar or wind, for example—to be leveraged over long periods,” said Zawodzinski.

The Department of Energy’s overall goals in selecting the 10 projects are to improve grid performance and reliability, backup power storage, and the integration of renewable energy sources.

Zawodzinski, who works through CBE at UT and the Division of Materials Science and Technology at ORNL, will receive up to $1.5 million through the grant.

He has spent decades conducting research with fuel cells and is considered a leading expert in the field, having also worked on fuel cell design and improvement for more than 10 years at Los Alamos National Laboratory.

He has served as a US representative at international fuel cell conferences and as an advisor or participant in fuel cell discussions with China, Japan, Italy, and the United Kingdom in addition to extensive consulting work.