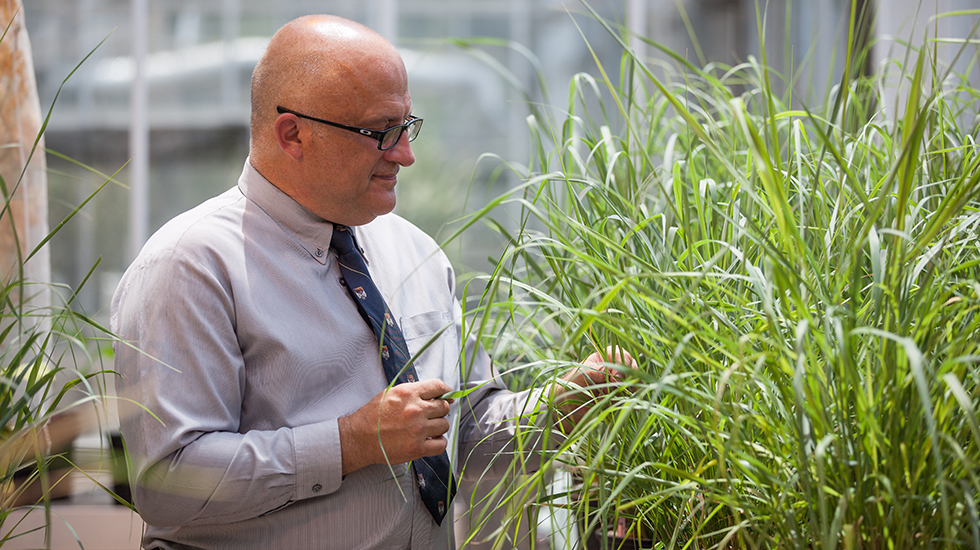 UT-Oak Ridge National Laboratory Governor’s Chair for Biorefining Arthur Ragauskas has built a reputation as a leading researcher in bioenergy and in efficiently turning plant-based materials into fuel.

Ragauskas, who works out of CBE at UT and the Center for Renewable Carbon at UTIA, was recently part of a team whose research was aimed at improving the usefulness of such biomasses by increasing the yield of sugars they produce, which can then be converted into fuel.

Biofuels can provide a great, almost limitless alternative to fossil fuels, but they also have to make sense economically if we want to have widespread adoption of them. Increasing the output of fuel that a given amount of biomass can produce is a big part of that process, and a great step in the right direction.”

A crucial part of that process are substances known as deep eutectic solvents, which help break down lignin, a key component of cellular walls of plants. Breaking down those barriers helps ease the conversion of given plants into a source for biofuels.

In the case of Ragauskas’s team, that model source plant was Arabidopsis thaliana, a prolific plant from the same family as cabbage and mustard.

When they applied their solvents to the plants, they got a two-fold yield in sugars, a highly promising development for the future of biofuels.

“By pretreating the biomass before processing it, we were able to greatly improve output, and at a much lower temperature than in typical processing,” Ragauskas said. “Furthermore, by being able to develop deep eutectic solvents from lignin itself, we greatly reduce the cost on that side as well and create a biorefinery that can basically sustain itself.”

The Proceedings of the National Academy of Sciences of the United States of America published the results of the project, but that was far from the only accolade Ragauskas recently received.

Also that month, ORNL honored him for his productivity, noting that he has published more than 175 articles over the last five years, 90 percent of which were collaborations with outside institutions.