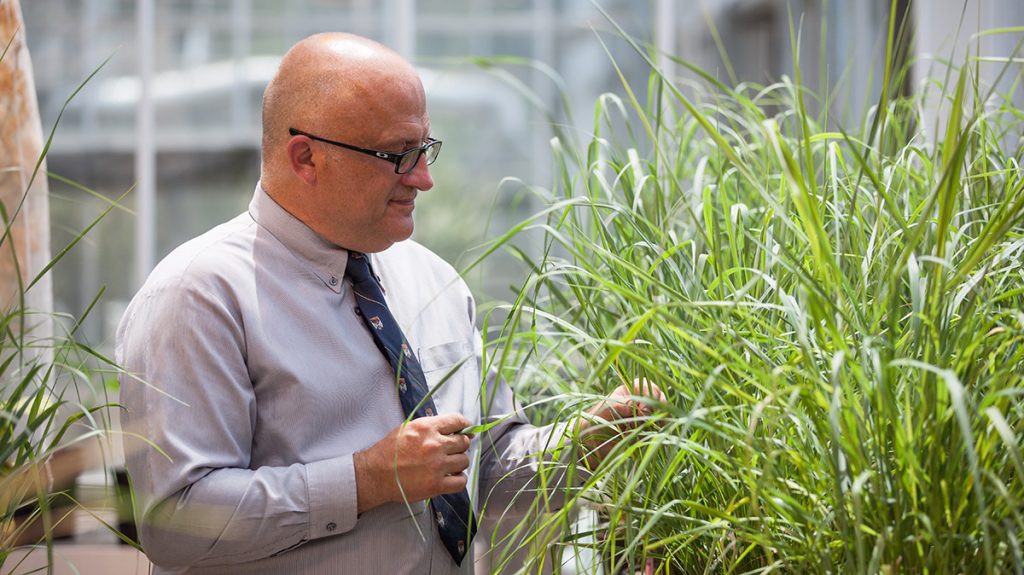 University of Tennessee-Oak Ridge National Laboratory Governor’s Chair Professor for Biorefining Art Ragauskas is a well-known figure in the world of alternative fuels, with several accolades to his name.

Now, he’s added perhaps his most notable recognition to date, as the United Kingdom’s Royal Society of Chemistry has chosen him for its 2022 Environment Prize for his role in the development and refinement of plant-based fuels.

“I am deeply honored and grateful for this recognition,” said Ragauskas. “Credit goes to my students, postdoctoral fellows, research scientists, and colleagues with whom I work. This award is a testament to the countless hours of work and research that have helped shape our current understanding of biofuels.”

When notifying Ragauskas that he had been selected for the honor, the Royal Society’s Environment, Sustainability, and Energy Division Prize Committee noted those efforts and his “pioneering” approach to finding the tools and developing the basic understanding of how to convert lignin into fuel.

“It is great to see Dr. Ragauskas get this well-deserved recognition of his work,” said Matthew Mench, dean and Wayne T. Davis Dean’s Chair of the Tickle College of Engineering. “It’s not only validation of breakthroughs and discoveries that he has accomplished, but it also serves as a sign of how impactful his work is, and his role in trying to improve the world around him.”

He was selected by the Royal Society of Chemistry for this year’s honor based on factors including the originality and impact of his research, the quality of related aspects of his work such as publications, and his professionalism and collaborative spirit.

In addition to his roles in UT’s Department of Chemical and Biomolecular Engineering and at ORNL, Ragauskas also serves in the University of Tennessee Institute of Agriculture’s Center for Renewable Carbon.

Along with the prestige that comes with the award, Ragauskas will also receive 3,000 British Pounds (which equates to around $3,800), a medal, and will give a series of lectures across the United Kingdom and the Republic of Ireland.

His research and discoveries have led to several high-profile honors, including being the first person to be named Fulbright Distinguished Chair in Alternative Energy Technology. Other honors include being named a Fellow of the Royal Society of Chemistry, a Fellow of the American Association for the Advancement of Science, election to the Academy Board of the International Academy of Wood Science, and recipient of the 2017 American Institute of Chemical Engineers (AIChE) Green Process Engineering Award and the 2019 AIChE Chase Award, among others.